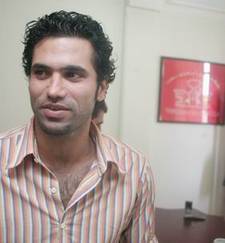 The 26-year old midfielder had trials with Atletico Madrid and Fenerbache in the past and there were some rumours linking him to Fenerbache again last month, but instead of that he will be playing for Persepolis Tehran next season.

However Persepolis is looking for more players to strengthen their squad for next season.