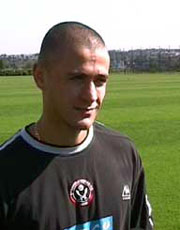 Blades manager Neil Warnock has moved to secure the duo on new terms as the South Yorkshire side prepare for life at Premiership level.

Defender Bromby, who has been sidelined with injury, has put pen-to-paper on a three-year contract with the option for a fourth year.

Naraji is a former Torino winger, who has represented Iran at youth level.

“Leigh is a class act, a quality player who I expect to flourish at the highest level,” Warnock told United’s official website.

“Securing his services for such a long time goes to show that we’re serious about making a go of things.”