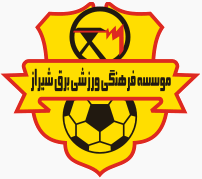 In 1946, a group of youngsters with the leadership of Ebrahim Nematollahi who worked in the Cheragh Bargh (lightbulb) factory, and loved football, decided to create a football club. The factory sponsored their team, but for the first few years the team always had financial problems. For a brief period the club was sponsored by the city council, but after a couple of years, the team’s current sponsor, Shiraz Electrical Company came along.